There's always something exciting, inspiring and educational happening at MTG Hawke's Bay. Keep up to date with the latest news from the museum below... Lyrics record just how ‘invincible’ they were!

In the Hawke’s Bay Museums Trust collection is a sheet of music titled, the “All Blacks”, dedicated to the Br... The paradox of the Palace

Let me introduce you to the delightful Rashington Palace lI, a recent addition to the Hawke’s Bay Museums Trust c... Celebrating the perfectionism of a Napier celebrity spinner

Within spinning circles, there is an unsung celebrity known for her spinning, weaving, and textile design. She is B... If you found last week a bit startling with all those ‘little horrors’ roaming the streets, holding their neigh... Amongst some of the more evocative ephemera in the Hawke’s Bay Museums Trust archive, are In Memoriam cards, made... Exhibition links our world with the past

Fresh, like cut grass, wafts of raw harakeke greet you as you enter the gallery. It’s a bit surprising inside wha... A moment in history commemorated at MTG

Reflecting on the passing of Rangatira Queen Elizabeth II and the national day of commemoration to mark this, it is... Dolphins and Sealions a part of Napier's history

When Laura Vodanovich assumed the role as MTG Director, she gave a series of talks to interested groups throughout ... Inspiration for Nature Wonderland at MTG

Nature’s influence is omnipresent in our lives. Like a river in meander or a flower in bloom, te taiao (the natur...

Nature’s influence is omnipresent in our lives. Like a river in meander or a flower in bloom, te taiao (the natural world) is always growing, retracting, refracting — never stationary. It’s a kind of planned dysfunction, the perfect imperfection of Papatuānuku, and it's all on display in the art of gardening and botanicals.

For one night only, on Thursday, September 22 at 6.15pm, MTG Hawke’s Bay will offer a paid public programme entitled “Inspiring Your Nature Wonderland.” Art curator Toni MacKinnon will share her expertise in a floor talk of the Nature Culture exhibition, followed by a screening of The Gardener film in the Century Theatre, a love letter to the Les Quatre Vents gardens.

Tended to over 75 years and spanning three generations, horticulturist Frank Cabot cultivated paradise in his work that still stands in Quebec, teeming with colours that might only ever be identified by hex code. With the involvement of gardening experts, the film pieces together the thoughts and feelings of Cabot and his family. It’s the truest triumph of a man who invested his entire being into creating the best garden in Canada, and though previously released overseas, the film is brand new to our shores.

The Nature Culture exhibition puts our human connection with the natural world under a microscope, invigorating the imagination and recalling the keen imprint of nature on our senses. “I will be talking about the way artists respond to garden environments, whether they be landscaped or naturally formed,” Toni MacKinnon says of the upcoming floor talk. “The work of well-known artists such as Louise Henderson, whose work is included in Nature Culture, show just how inspirational these environments can be.”

Henderson’s craft is at once both meditative and labouring on the senses, like you are breathing the quiet. You don’t think yourself above the bounty of nature, but rather become tasked with a necessity to experience it from the inside.

The museum’s connection to nature is embedded in our history, and prolifically underpinned by botanicals. Dr. Robin Woodward curated the “Cultivating Paradise” exhibition in 2002, borne of Napier City Council’s desire to upgrade what we now call the Botanical Gardens, which endured relentless beginnings. Any hope of a popularity bloom was clipped at the stem following WWI, and uprooted entirely after WWII, as society changed and residents did away with promenades and garden outings. Today, the gardens remain full of life and wonder.

Aspects of Napier’s botanical history live on in Dr. Woodward’s publication, also titled “Cultivating Paradise,” available in the MTG shop. Significant figureheads of Aotearoa’s early botanical scene fill its pages; William Colenso and Georgina Hetley, among others. Hetley’s work currently enjoys a space on the first floor in the Native Flowers of New Zealand exhibition, effusing her passion for local flora, and her concern that deforestation could destroy our native plant species. With an abundance of plants and flowers in Hawke’s Bay, and a respect for te taiao, who could go wrong?

As Frank Cabot puts it in The Gardener: “Gardens, really, are not just physical or natural. They’re metaphysical, they’re at times transcendent, they’re incorporeal. They just have an extra numinous spirit there if they’ve been successful and you sense that. And it is a way to connect at a different level than one normally does.”

Inspiring Your Nature Wonderland is a paid public programme being held at MTG Hawke’s Bay, Thursday, September 22 at 6.15pm. Talofa lava, In the MTG Kuru Taonga: Voices of Kahungunu exhibition is a photo of Hauhau. They are prisoners. Co...

In the MTG Kuru Taonga: Voices of Kahungunu exhibition is a photo of Hauhau. They are prisoners. Collection records read, “Group of Māori Pai Mārire prisoners seated on a sloping hill. Standing behind them, holding bayoneted rifles are colonial militia”. Written on the reverse is “November 1865, Hauhau Māori Prisoners. Napier. New Zealand”.

These prisoners of the British Empire are photographed waiting on the Napier shore to be shipped away to one of two global Imperial prisons in the Southern Hemisphere. In this picture, Māori were not considered New Zealanders. Imperial Law imported from Europe was used to ‘extinguish’ all human rights for Māori born in Aotearoa, such as these men pictured. Extinguishment was enacted with the use of fire and guns administered by Crown redcoats and police under Imperial Law.

Laying claim to uninhabited territories, European powers enacted a programme of colonisation supported through a papal bull, the Doctrine of Discovery. This legal concept, drafted in the 15th and 16th centuries by the Catholic Church, advocated the colonisation of native peoples as subjects. Under this bull, any land not inhabited by Christians was deemed ‘uninhabited’ on the basis that non-Christians were in fact, non-human. European monarchies were given the right to conquer and claim lands, converting or killing the native inhabitants.

Sanctioned in Aotearoa, the bull was applied in the name of God, to save the souls of the ‘unrestrained barbarous savage’. In 2012, the United Nations Permanent Forum on Indigenous Issues denounced this fifteenth century Christian principle as the “shameful” root of all the discrimination and marginalisation that indigenous peoples face today.

In Aotearoa New Zealand it underpinned a programme of land acquisition that continues to this day.

Her Majesty first administered ‘Scorched Earth’ policy in the 1860’s in the ‘land of the mist’ upon Tuhoe. Continuing the assault on Tuhoe fifty years later, police re-entered their lands to kill those at Maungapohatu. Further police attacks occurred 90 years later in 2007. In practice ‘Scorched Earth’ policy saw the red coats round up the ‘natives’, block them in, and then incinerate them and their homes. The N.Z. Police attack on Maungapohatu in 1916 ended the ‘Imperial Land Grab Wars’ of Aotearoa. The government embedded Imperial Law and safeguarded the needs of settlers for a new New Zealand, resulting in the imprisonment of Māori to maintain control which continues with the status quo of Māori being the majority prison population today.

These Hauhau seen here restrained, had taken umbrage against these practices. Their full name is Pai Mārire Hau. Pai Mārire, Peace and Goodwill, and Hau, Breath of God. It was, and still is a Christian religion, with a twist.

Pai Mārire came out of the New Zealand Defence Force first committing genocide in Taranaki- the pre-cursor of practices to create a New Zealand and British Domain. In Taranaki lived Te Ua Haumeene, a baptised Wesleyan. He was a supporter of the King Movement to unite Māori against colonisation and Imperial Law. Te Ua had a vision of the Archangel Gabriel. Gabriel told Te Ua to cast Pākehā out and restore Aotearoa. He wrote a Gospel, the Gospel according to Ua, Te Ua Rongopai. So begat Pai Mārire, more commonly known as Hau Hau.

These Hau Hau men fought against imported Imperial Acts of Law. The New Zealand Settlement Act 1863 legalised the genocide in Taranaki, providing for the confiscation of Māori land when the Crown determined Māori were in rebellion against Her Majesty. In January 1865 Taranaki was declared confiscated and in November 1865 these Hau Hau men with other survivors, were shipped off, convicted as rebels and overstayers. Māori as all those pictured in the MTG Kuru Taonga: Voices of Kahungunu exhibition were not settled in this country as New Zealanders under the New Zealand Settlement Act.

Pictured historically, these Hauhau men were deemed criminals for not wanting their Aotearoa being dragged and drawn into someone else’s New Zealand. In this picture, Māori are not New Zealanders. The Deed of entitlement from this civilising force is for the profit and benefit of New Zealanders. Check out MTG these school holidays!

We have an amazing selection of activities for your tamariki during the July school holidays. The Government has recently announced changes to its Covid-19 traffic light framework, announcing that it will drop... 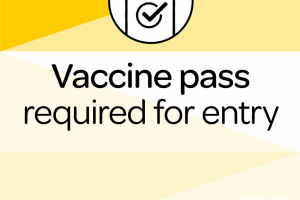 After a thorough review by Napier City Council to ensure that our risk assessments around vaccine pass requirements...

Fun at MTG these school holidays!

We have an amazing selection of activities for your children during the January school holidays from photography, a... Fun at MTG these school holidays!

We have an amazing selection of activities for your children during the October school holidays from trick photogra... With the move to Level 2 on Tuesday 7 September at 11.59pm, the MTG will open its doors from Wednesday 8th. We are... With COVID-19 Level 3 restrictions being in place from 11.59pm on Tuesday 31st August, MTG remains closed. We are back better than ever with two brand new exhibitions. 'Kuru Taonga' tells Kahungunu stories and 'For Home an... We're pleased to advise that remedial works on the sprinkler system in the area of the MTG building that is occupie... Hawke’s Bay’s treasured regional taonga and artefact collection is to be relocated to a new location in Hasting... The Century Theatre at MTG Hawke’s Bay has reopened today after the successful completion of remedial works to fi...